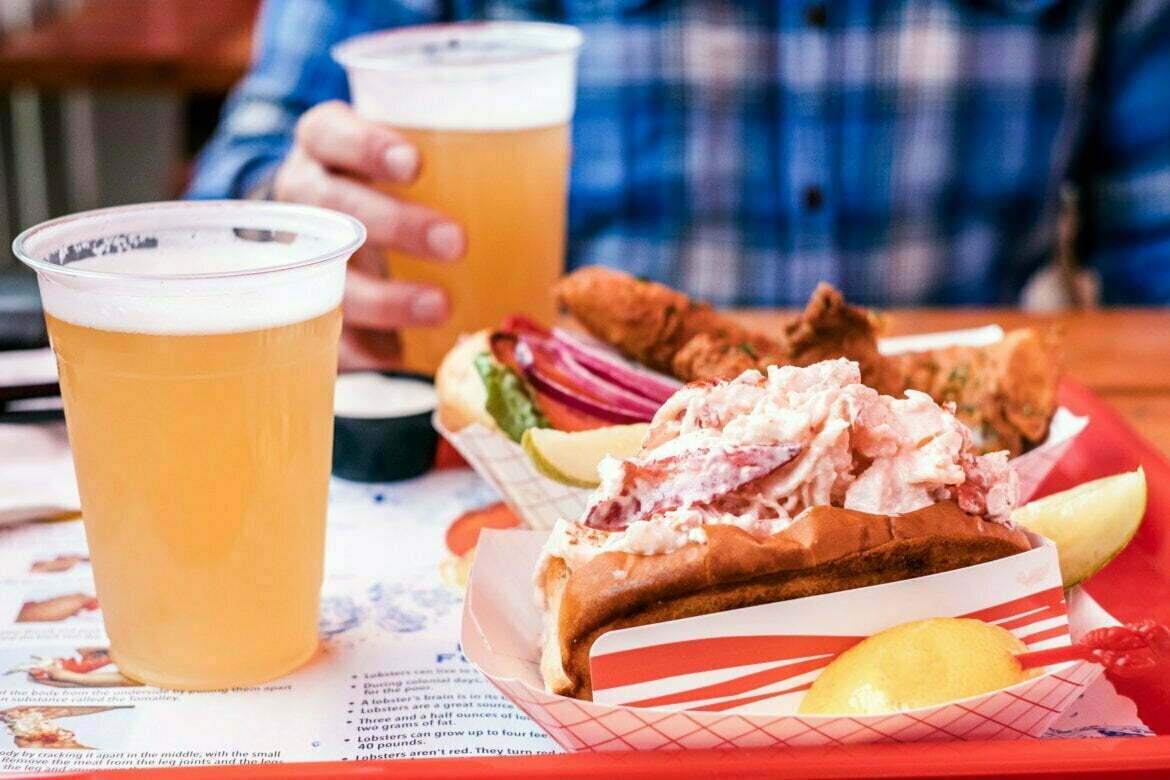 Lobster & Beer is a food blog written by a lobster fisherman’s wife who has been cooking and eating seafood for most of her life. She shares her recipes and stories from the sea. In January 2009, she was profiled in a feature article by “Food and Wine” magazine. In March 2012, she was featured on the Cooking Channel show “Cooking Live”. Lobster & Beer has been featured in “The Boston Globe”, “Boston Herald”, “The New York Times”, “Boston Magazine”, “Good Housekeeping”, “Woman’s Day”, ” Country Living”, “House Beautiful”, “Redbook”, “Woman’s World”, “Good Morning America”, “Fox News”, “USA Today”, “New York Magazine”, “The Wall Street Journal”, “The Robb Report”, “Gulf Coast Life”, “Southern Living”, “Southern Living Magazine”, “Food & Wine”, “Food & Wine Magazine”, and “Fine Cooking”. If you’re in the mood for seafood and great company, then there’s no better place to go than The Lobster & Beer. This restaurant offers a variety of fresh seafood dishes for everyone to enjoy. Choose from lobster, crab, shrimp, mussels, clams, oysters, and more. They also have an excellent selection of beer and wine that pair wonderfully with any meal. The Lobster & Beer is open for dinner seven days a week and they offer lunch on Saturday. They also have a wonderful bar, so you can relax with a cocktail while enjoying the view of the bay. The Lobster & Beer is located at the Annapolis Marriott. For a more casual experience, try The Big Oyster. This restaurant offers a great view of the Chesapeake Bay and serves up fresh seafood to go along with their large selection of wine.

Drinks and sodas are a great way to stay hydrated during the day. If you don’t have time to stop for a drink, then keep a bottle of water in your bag or even a can of soda to help quench your

Breweries across the country are now offering beer to go in a variety of portable formats. It’s no secret that breweries have seen declining sales in recent years, but now they’re reaching for new ways to stay afloat.

Explore Nearby Lobster and Beer

This article explores a list of breweries in Maine and their lobster inspired beers.